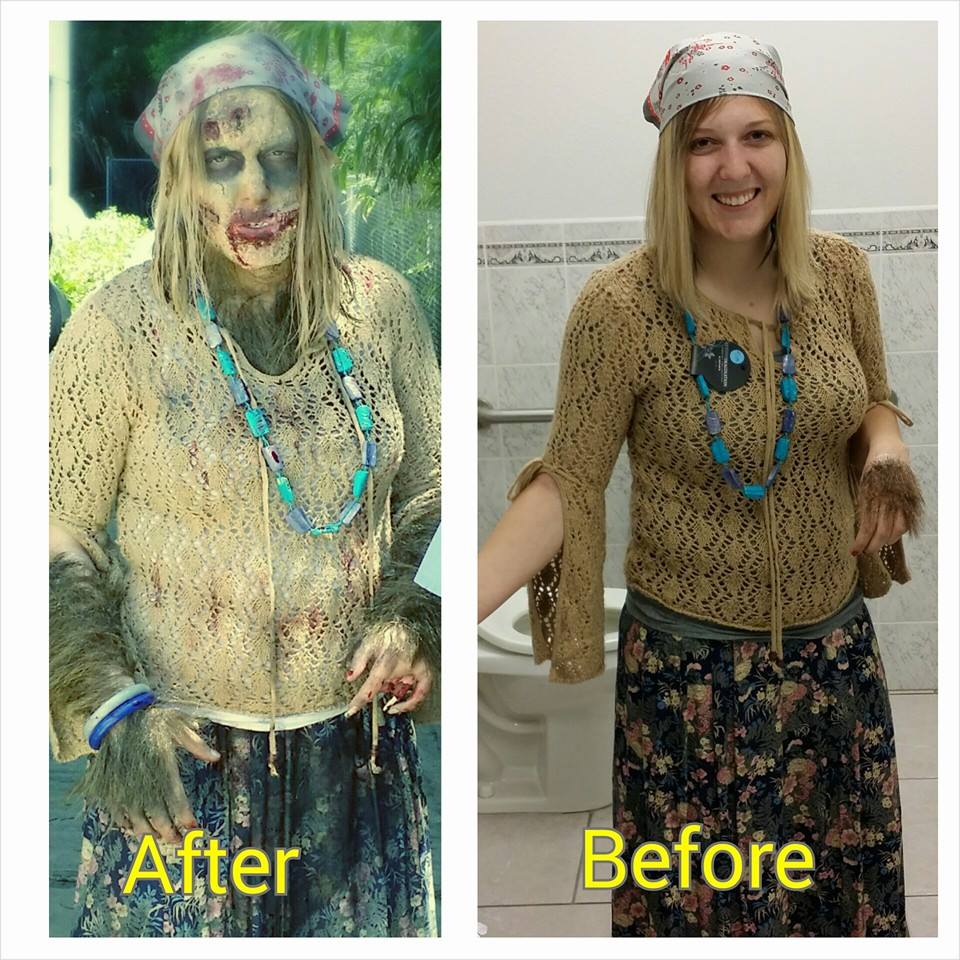 Zombies have taken over International Academy!  Take a look at the awesome things our new Esthetics and Advanced Makeup Artistry students have been up to!  The class broke up into three teams, came up with a script and competed to create the Zombie character which was portrayed in the script.  The team that was most creative and who’s character closest resembled the scripts depiction won First Place!  The team of Kelly Parks, Eunice Balderas, and Kati Oddie told home first place.  Check out the rest of the competition and more awesome photos of the creativity in this class!